Investigations into the alleged murder of the Ex-PDP’s chairman son, Bilyaminu Bello has begun! The Federal Capital Territory Police Command has now obtained CCTV footage showing the last moments of Bilyaminu Bello who was allegedly killed by his wife, Maryam Sanda.

The Punch correspondent had reported that Bello was stabbed to death by his wife over allegations of infidelity after she read a text message on his phone.

It was learnt that Bello was rejected by two hospitals before he was finally pronounced dead.

According to a reliable police source,

“We have been able to obtain the footage and it shows the suspect and three private security guards conveying him unto a vehicle from where he was rushed to a hospital,” he said.

A correspondent gathered that the security guards had been arrested by the police.

He said, “I know that some suspects have been arrested, but I don’t know their identity. I can’t confirm that the CCTV footage has been obtained, but it may be part of evidence gathering to assist in investigation.”

Meanwhile, a family friend of the victim, Habib Gajam, has alleged that Sanda threatened to cut off her husband’s private parts during a quarrel hours before she allegedly stabbed him to death.

The family friend said in a series of tweets on Twitter that he witnessed the violent quarrel during which the mother of one attempted to stab her husband while demanding a divorce.

Gajam explained that Bello’s friend, one Aliero, who was also present during the scuffle, prevented Sanda from stabbing the deceased.

He said, “At about 9 to 10pm on Saturday, tension started to build up between Bilyaminu (Bello) and his wife, Maryam (Sanda) at his residence.

“Maryam demanded a divorce with the threat of cutting off his manhood. Aliero, Bilyaminu’s friend in whose presence the drama started, intervened four times to stop Maryam from stabbing her husband.”

The witness explained that Ibrahim later called Bello’s uncle, identified as Auta and one Abba, the victim’s cousin, to prevail on her.

He said after some time, Sanda broke a bottle and attempted to stab her husband, but he reportedly struggled to take it from her, injuring himself in the process.

“After short calm, Maryam (Sanda) broke a bottle of groundnut and attempted to stab Bilyaminu (Bello) again, but this time, he held both her hands and struggled to take the bottle from her, injuring himself in the process….unrelenting and wild, she bit his finger.

“Uncle Auta had arrived at this time to calm the situation. They both committed to uncle Auta to let go of their grievances, at least for the night.

“After the situation had become calm, Bilyaminu and his friend went to a pharmacy to get his hand treated from the bite he sustained from Maryam,” he added.

Gajam explained that Bello and Ibrahim later went to withdraw money from an ATM for the repair of Sanda’s damaged car, noting that by the time they got back home around 11pm, everywhere was calm.

Abba and Ibrahim left for their homes around midnight, he said.

“When Bilyaminu (Bello) was seeing them off, he told Ibrahim that ‘I don’t want to go back until she’s asleep.’

“At around 2pm on Sunday, family members were summoned to Maitama Hospital, where Bilyaminu was lying in a pool of blood with multiple stabs on his chest, shoulder, a deep cut on his inner thigh, and many bite wounds on his stomach,” he added.

Gajam claimed that Sanda confessed to stabbing her husband to the hospital management, but added that she changed the story when she was directed to write a statement at the Maitama Police Station.

He said, “The police commissioner instructed that the crime scene should be visited. To the amasement of Abba and Ibrahim, who were key witnesses in the investigation, the bloodstains had been mopped up, murder weapon disappeared, but flower vases and pots were broken to corroborate Maryam’s earlier statement at the station.”

Gajam said Bello, who divorced his first wife to marry Sanda, did not deserve to be murdered. 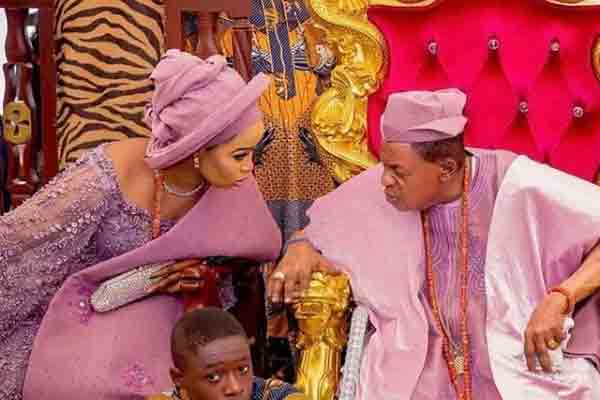