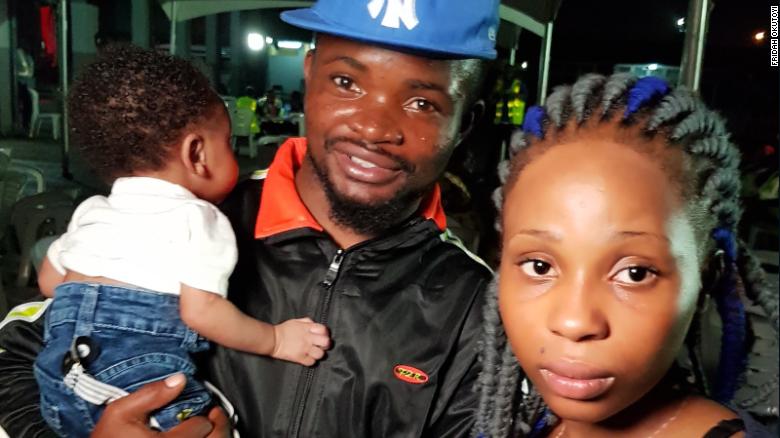 27-year-old Mabel Emmanuel who was kidnapped in Libya during an attempt to enter Europe, met lover, Henry Stevens, 28, while in the den of her kidnappers.

Mabel who was unable to pay her ransom, met Henry, and he bailed her out, buying her freedom.

They both fell in love, and now they have a 3-month-old son together. She told CNN:

“They kidnapped me in a place called Sabha, that’s when I met my husband. He bailed me out, it was last year and we fell in love,” Emmanuel said.
“I found out I was pregnant in March this year and I gave birth to my baby in August. I gave birth to my baby in prison, with tears. Even though I was pregnant, they were still beating and maltreating me. But I give God the praise that I’m still alive today and I have my baby and my husband now.”

With so many others still stranded in Libya, the Federal Government has said it’s working hard to bring Nigerians back.

Senior Special Assistant to the President on Foreign Affairs and the Diaspora, Abike Dabiri-Erewa, told CNN that with the public outcry, the Federal Government is working at a faster pace to bring nationals back. She said:
With the outcry, they are going at a faster pace. As the week goes by, the number of planes will increase.

There are stranded African migrants in detention centers outside Tripoli because those prisons are manned by rebels, we can’t get there. It’s important that the African Union and European Union instructs them to open up all detention centers so every African there can come back home.

Meanwhile, Nigerians return home with a warning to others. Read full story on CNN 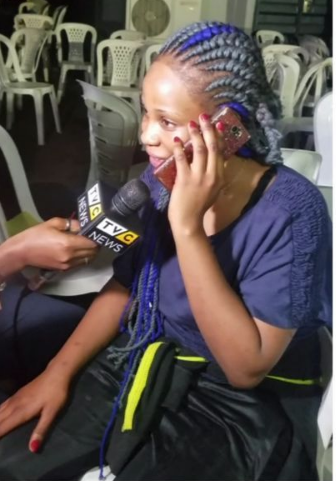