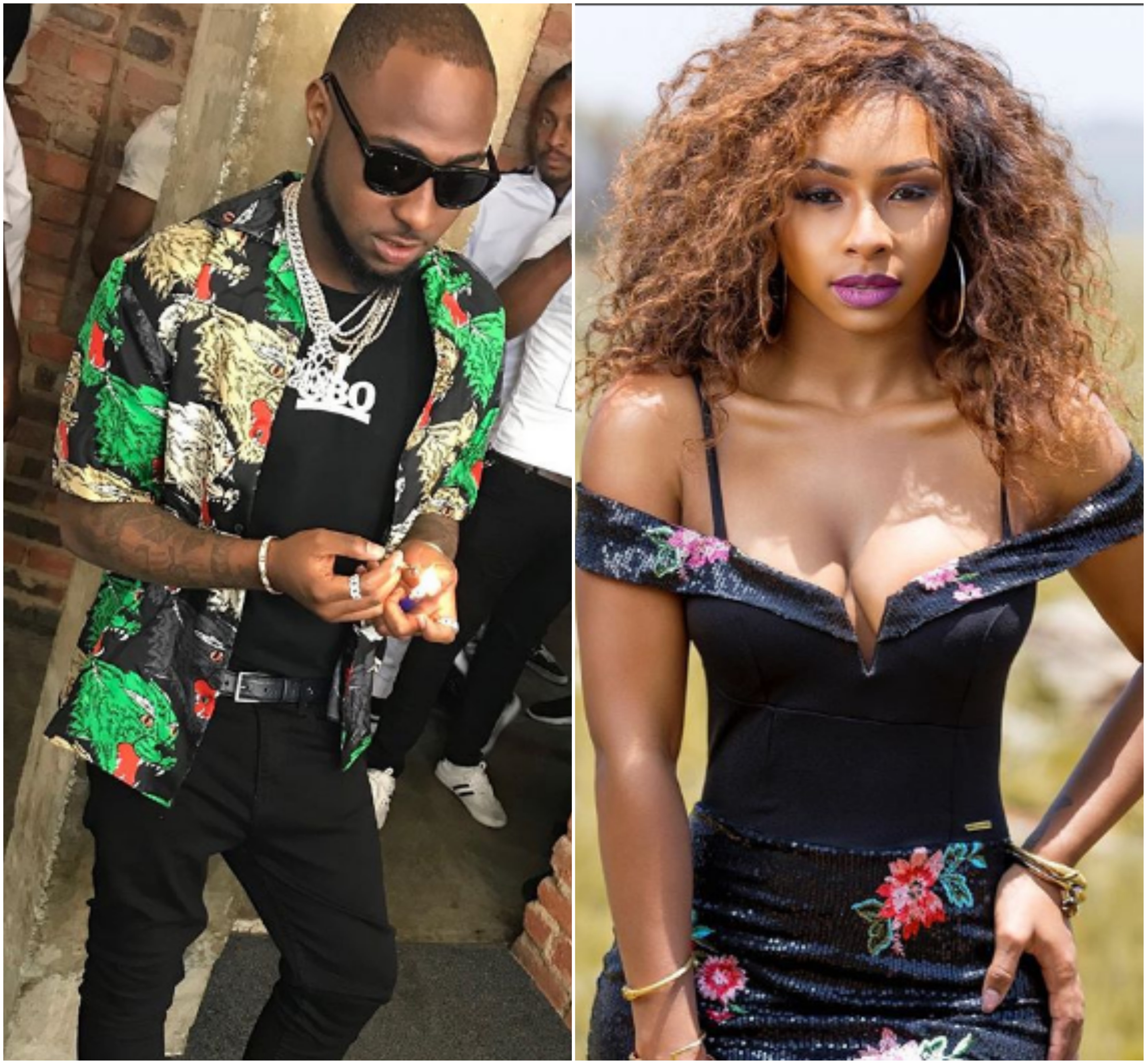 Davido has been accused of making sexual advances at South African actress, Boity which reportedly caused an uproar after his concert in Zimbabwe last Saturday.

According to Zimbabwe newspaper, H-Metro, Davido and South African celebrity presenter Boity had a nasty confrontation at a local hotel after Davidio’s 30 Billion Concert held at the Harare International Conference Centre ( HICC).

The fight happened in the early hours of Sunday morning and eyewitnesses said it was such a bad clash that left some of the Meikles hotel furniture vandalised.

Police had to be called in to calm the situation down. 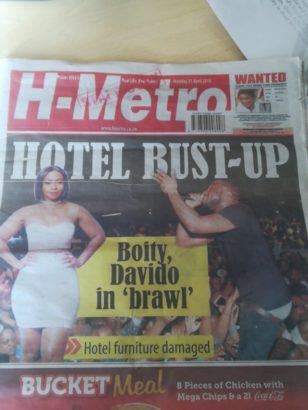 What really caused the fight is not clearly known but H-Metro reports they learnt via a grapevine version that Davido told Boity in an unconventional way that he wanted to get her in bed, something that did not go well with Boity.

It is then said Boity started throwing tantrums, shouting at Davido. A popular and controversial Zimbabwean socialite, Genius “Ginimbi” Kadungure who brought Davido to Zimbabwe for his show, then allegedly tried to intervene and calm the situation down but Boity reportedly slapped him.

Reports are Davido was also manhandled by Boity during the fracas which made one of Davido’s members mad and he started threatening Boity telling her never to visit Nigeria.

“Then Davido’s boy was like, I will kill you if you come to Nigeria, you are dead don’t even come.

“In fact my dad is very powerful man, I will make sure you don’t even pass by the airport,”

“I don’t care about Nigeria.”

Called for comment about the incident, Genius “Ginimbi” Kadungure said he is not aware of what had happened as he was not at the scene. However, he confirmed that he heard the rumour.

“I don’t what happened I was not there, I also heard about just like you did,” he said.