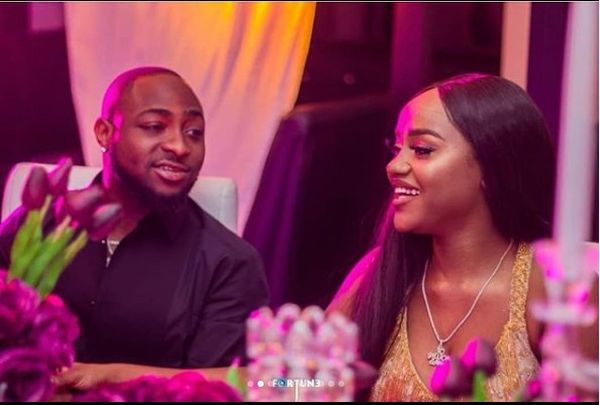 Omo Baba Olowo’s girlfriend, Chioma gets an endorsement deal of 60 million but Davido has turned it down.

Davido took to twitter to announce that his baby got a N60m endorsement deal which he rejected, opting for a bigger fee. 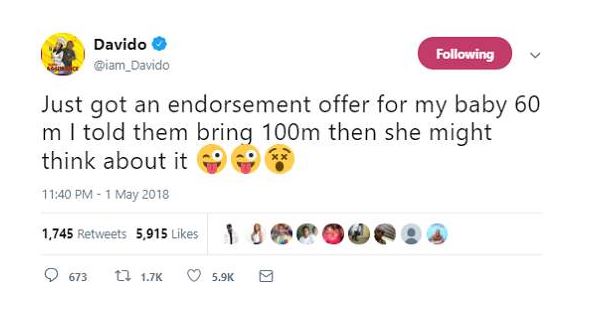 Chioma, who’s a chef featured in Davido’s new music video, “Assurance” which was dedicated to her.

Some are saying Davido

We reported that Davido had surprised Chioma with a Porsche car worth N45 million.