Sister Of IMSU Student Who Allegedly Killed Herself After Boyfriend Saga, Speaks. Photos 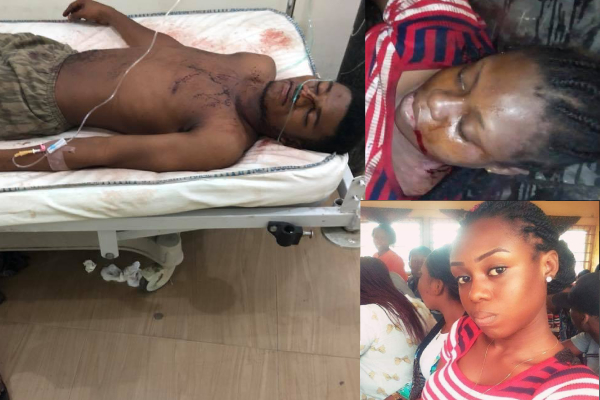 Cynthia Agomuo, took to Facebook earlier today to deny reports that her sister Jennifer stabbed her boyfriend. She claimed that her sister did not commit suicide but was stabbed on the neck.

It was reported that the deceased thought that she had killed her boyfriend and, out of fear, allegedly committed suicide. Her said boyfriend, Davis Uzoechi, who was rushed to Federal Medical Centre, Owerri, did not die. He is said to be recovering from the alleged injuries.

False news about the cause of death of my sister Jennifer Agomuo.

Since the death of my sister I have not been with my phone because it was submitted to the police as I could not handle seeing my own sister who I left to school dead as I returned and for this reason I and my family have not been able to post or to see what has been posted on the internet about my sister and I was so sad to see how quickly people post news without knowing the truth. 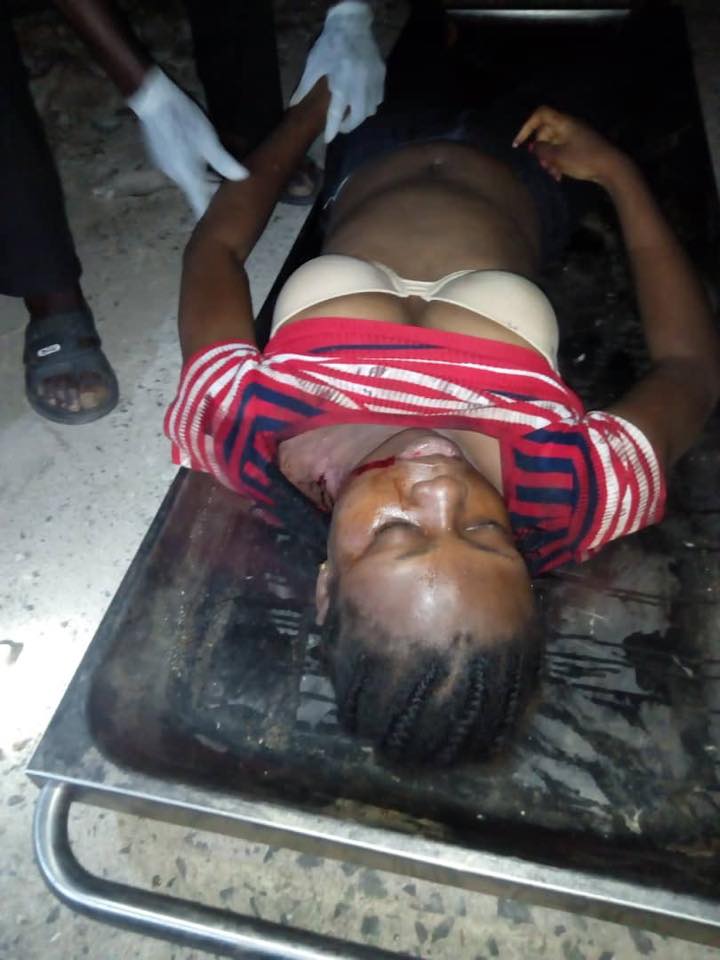 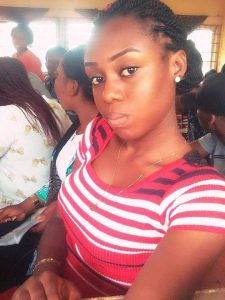 My sister had already broken up with Davis Uzoechi for about 6 days past because he abuses her, hits her and always threaten to kill her if she ever tries to leave him but my soft hearted sister out of pity and whatever stupid love she thought she had for this devil didn’t want to report him to the police, her fear was that police could hurt him and she won’t be able to live with that so instead she had a friend call him on the phone and warn him to stay away from her and after that we have tried to be very careful of him knowing how mean he can be, I make sure she goes out whenever I’m going out and I let her know when I’m back so she would come back and even she didn’t have anywhere to go she goes to stay with her friends until when I’m back.

So I went to school on Wednesday 21/11/2018 and she also dressed up and left the house only for me to return and found our door locked from the inside and Davis and My sister’s slippers on the door so I started knocking and nobody answered after a long time, I called her phone it was ringing but no answer and I called his own number but the phone was off so I tried to use a stick to open the cotton through the window that was when I saw both of them lying down on the bed so I called for help and someone in my lodge helped me break the door and we found both of them bleeding, blood all over the room, my sister who was stabbed in the neck was already cold, her head swollen and her blood almost dried with so many bruises on her body especially her neck area as seen in the photo and this is the cause of death as confirmed by the doctor who accessed her but Davis was still breathing fine but bleeding from a slit cut (not a stab) on his neck which clearly shows that he had long killed Jennifer and after tried to kill himself too as he has always threatened. 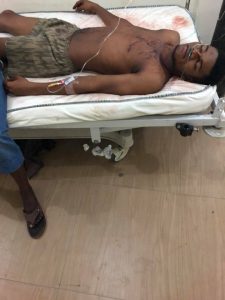 There was no poison involved, the bottle from the picture online is a cough syrup which has been in our room for a long time and recovered by the police. My sister had been scared of this boy so it’s practically impossible for her to bring him into our own house and lock the door from the inside and then cut him with a knife and then stab herself deeply in her own neck and die long ago while he was still alive and well. How do you break into a house locked from the inside and find two people lying down, without any word and you already concluded who killed who. All the posts on the internet about what happened are all false and every information with the police which is going to be released soon shows that he went to our room and killed my sister and tried to kill himself.

He is very much alive, walking around and talking but my sister didn’t even make it to the hospital and you people have already passed judgement on a poor girl who is very calm as everybody knows. My sister cannot hurt anyone and all you people who call yourselves her friends and lodge mates knows this and also knows how he has been beating her up from time to time and threaten to kill her if she ever leaves him.
I thank the police team who’s in charge of this case as they have done a very good job on investigations and also have Davis Uzoechi (the boyfriend) in custody. 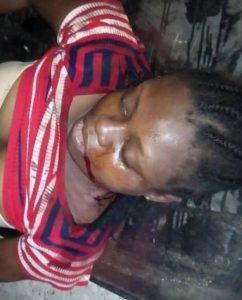 The pictures here will show you where my sister was stabbed and Davis receiving treatment that same night of the incident you should help us find justice for her.
Those in doubt of this news can freely go to (Federal Medical Center, Owerri) to confirm.

With deepest sorrow I advice everyone out there to always report any threat from anybody wether serious or unserious to the police as the death of my sister has thought me a big lesson and I hope it does to you too. 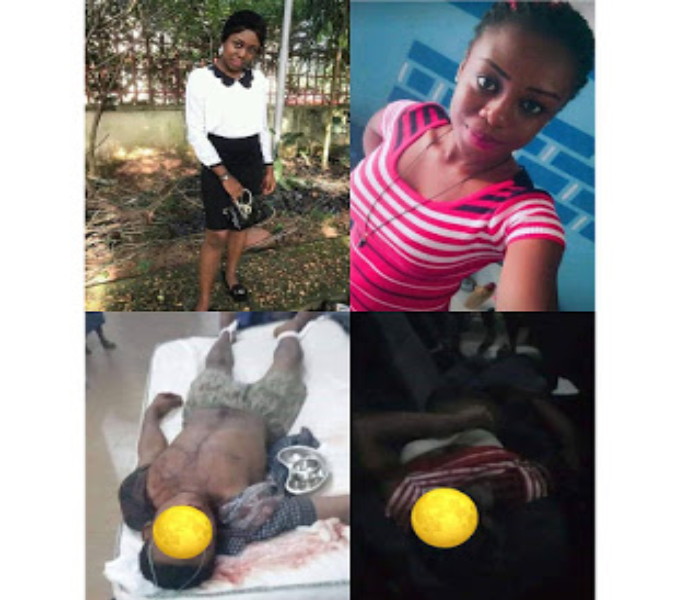