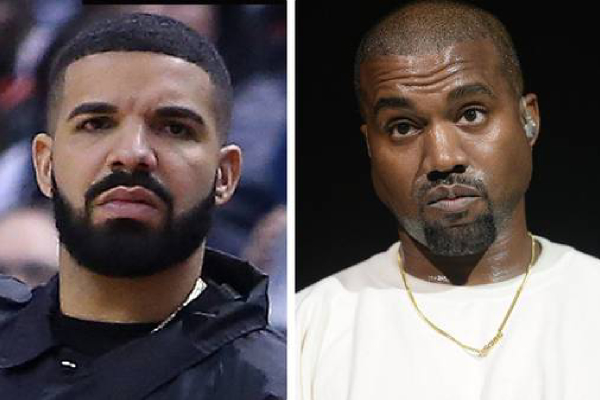 Rappers Kanye West and Drake have had several issues between them in recent times. It all started when Drake accused Kanye of revealing his private information to people.

The duo initially seemed to have settled things but that is far from the case seeing as Kanye went on an explosive Twitter rant on Thursday, December 14, 2018.

Rap music seems to have a way of creating friction between some musicians as there have been several reports of rappers getting on each other’s bad sides and releasing their frustration on a song.

In the late hours of Thursday, December 14, Kanye West took to his Twitter handle to blast Canadian rapper, Drake.

According to the 41-year-old star, he did not reveal that Drake has a son to fellow rapper Pusha T. He further explained that Drake sneak dissed him on a track instead of meeting him personally to talk about their issues. Also, Kanye demanded for an apology.

In his tweets, Kanye made it obvious that he his upset whenever drake goes around talking with people close to him and his family while totally ignoring him.

Things escalated quickly after Kanye explained that Drake called him after his initial tweets just to threaten him. He further suggested that Drake is responsible for the violence that took place at Pusha T’s concert, which resulted in someone getting hospitalized after reportedly being stabbed.

According to Kanye, he is responsible for Drake’s success and deserves to be respected by him because he is not his mate in the industry.

He further warned Drake that if anything happened to him or his family, the rapper should be held responsible.

Eventually, Yeezy (Kanye) seemed to calm down because his tweets started to have another tone. He explained that he loves Drake and wishes him no harm, he also explained that he would never make a diss track about anybody because it is just not his style. 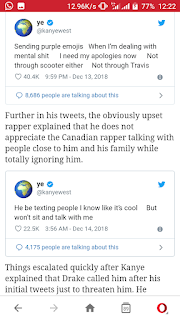 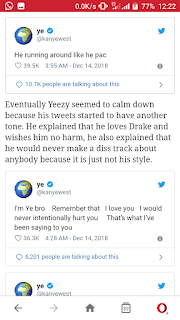 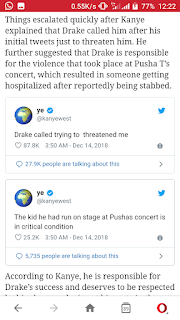 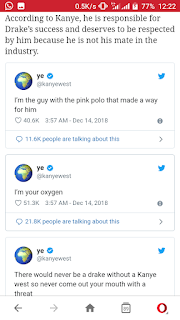 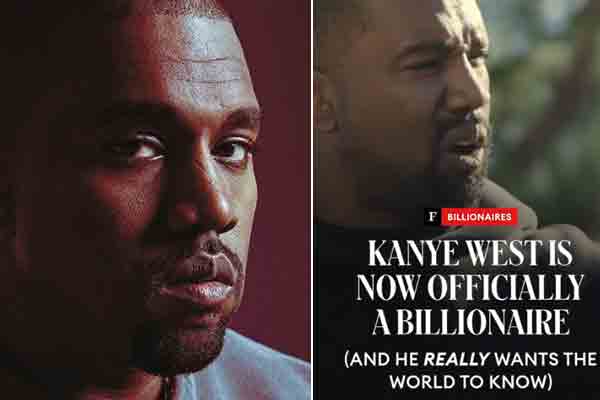 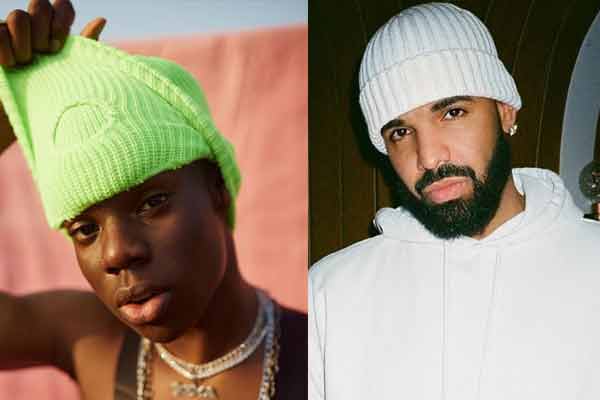 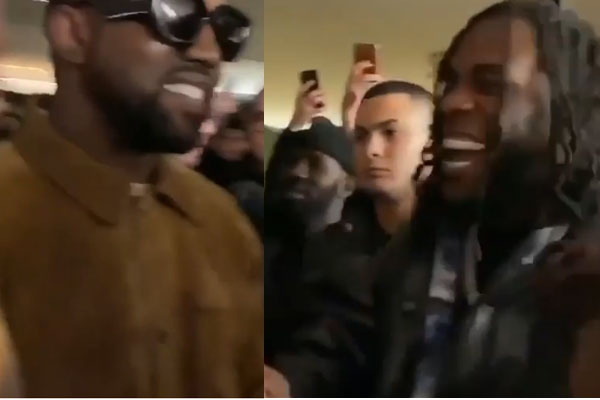 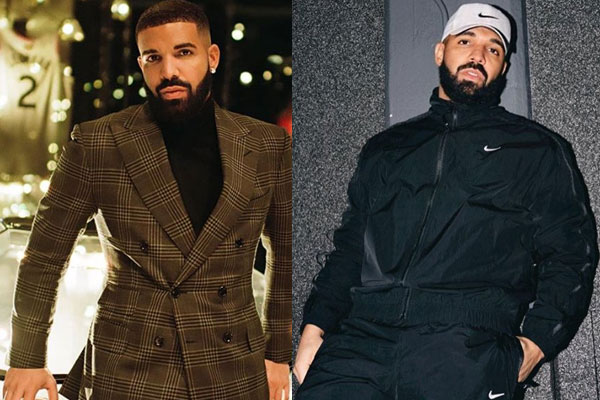