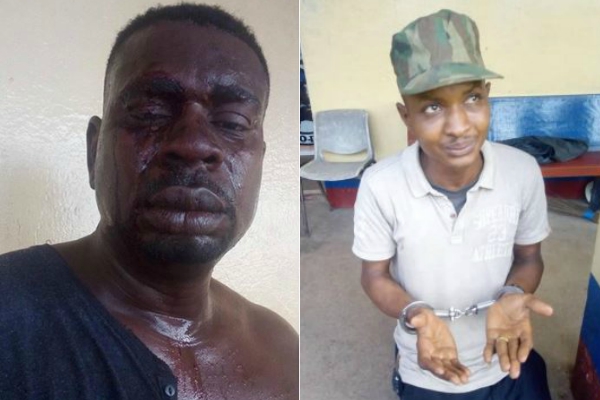 One of the fake soldiers who were reported to have assaulted Baba Fryo has been arrested by men of the Nigeria Army.

The fake soldier is identified as  Muhammed Ishaq, and the news of his arrest was shared on Baba Fryo’s official Facebook page on Tuesday, May 21, 2019.

According to the post, the arrest was facilitated with the aid of men of the Nigerian Army.

“This is one of the unknown fake soldiers that deliberately beat up our living legend Babafryo Igweh yesterday without a reason, People need to be very careful these days as there so are many Babylonians posing as soldiers. I am very proud of the Nigerian Army and OC MP Ojo Cantonment Capt. A.S ATUNWA for his effective investigations and action taking in this matter.

We give thanks to the most high God. The picture below is the picture of the very fake soldier.he has been arrested by the military police Ojo cantonment his name is Muhammed Ishaq. Thank you Nigerian Army Ojo cantonment,”

“I was humiliated by unknown soldiers I tried forced them to d barrack a female soldier interfere n allowed them to escape the case is under investigation. Thanks to Ojo army barrack who took d case on their shoulder I pray they ll surely b caught n brought to book,” he wrote. 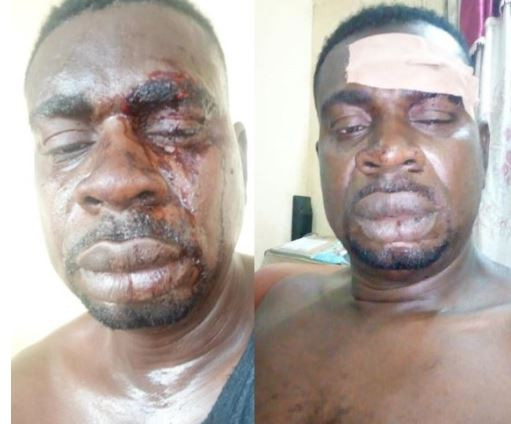